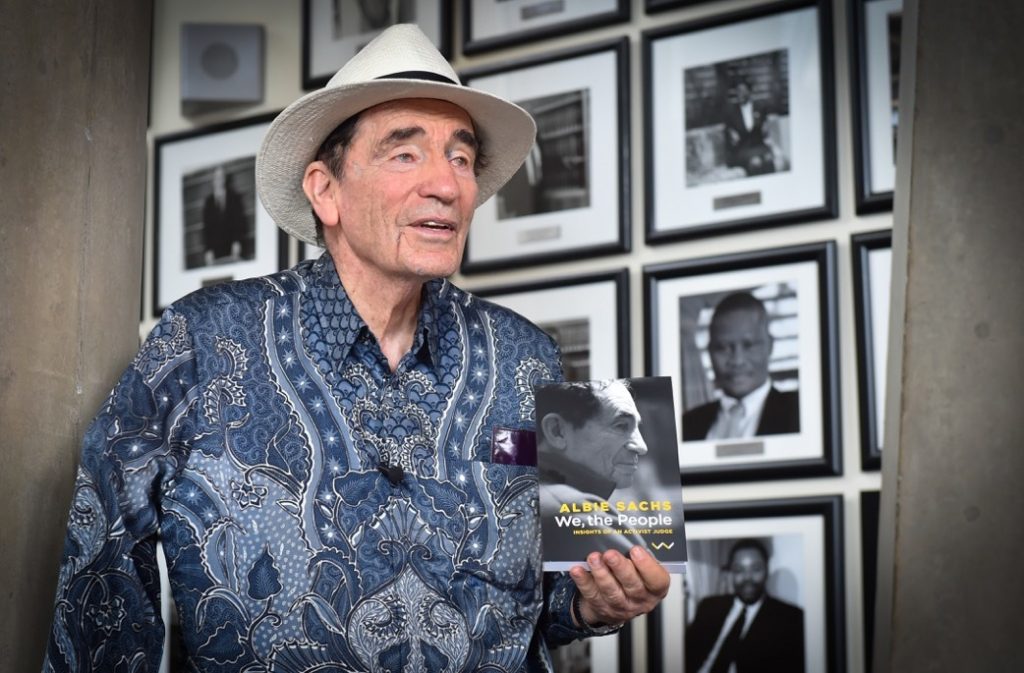 The following talks are hosted in a dedicated Talks auditorium inside the CTICC. We recommend attending 15 minutes before each event starts to guarantee a space.

The Cape Town Art Fair 2017 Talks Programme is an undeniable highlight of the fair, which runs from 17-19 February 2017 at the Cape Town International Convention Centre (CTICC). The talks run daily from Friday through to Sunday. There is no additional cost to attend once you have purchased a ticket for the fair itself, which grants access to displays by over 80 leading galleries and cultural institutions, interactive installations, walkabouts and special projects.

Headlining the Talks Program are former South African Constitutional Court Judge Albie Sachs, and Curator of The Smithsonian National Museum of African Art in Washington DC, Karen Milbourne. Invited speakers will address current issues such as collection building, investing in art, as well as reflect on new approaches to curatorial practices in Africa and its Diaspora. The audience is in good hands thanks to experts like Steven Kettle from Stonehage Fleming Art Management, and independent curators Moses Serubiri (Uganda), Gabi Ngcobo (South Africa), Elise Atangana (France/Cameroon), and Sarah Rifky (Lebanon) among others for their insights.

Conversation between Alexandra Dodd (writer/critic) and Albie Sachs (former Constitutional Court Judge and instigator/co-creator ofthe Constitutional Court Art Collection). In his renowned and provocative paper ‘Preparing Ourselves for Freedom’ (1990), Sachs called on his fellow ANC members to desist from ‘saying that culture is a weapon of struggle’. With a real weapon, ‘there is no room for ambiguity: a gun is a gun is a gun,’ he wrote. ‘But the power of art lies precisely in its capacity to expose contradictions and reveal hidden tensions.’ Almost three decades later, he continues to generate and contribute to critical debates about art and public culture in South Africa. Here, Sachs will provide insights into how collections are built and what they mean for the future.

Moderator: Koulla Xinisteris (independent curator). Discussion between Karen Milbourne from Smithsonian National Museum ofAfrican Art, Ernestine White from Iziko SA National Gallery, and Steven Kettle from Stonehage Fleming Art Management. The art market’s exponential growth has focused increasing attention on the nature and potential ofinvesting in art. Panellists will consider what drives collecting, how value is determined and sustained and how risks can be anticipated and managed.

Sean O’Toole (art critic and writer) in conversation with Piet Viljoen (founder/chair ofRECM). Piet Viljoen has been actively collecting art for two decades. One ofhis earliest acquisitions was a maquette of Brett Murray’s well-known public sculpture Africa – it established an orientation for collecting work that was singular and challenging. In 2012, Viljoen inaugurated a four-year-long project that invited established curators to interpret his collection in a purpose-built space known as the New Church Museum. He will discuss the pleasures and occasional pains of collecting.

Presented by Barbaro Martinez-Ruiz (Associate Professor, Michaelis School of Fine Art, UCT) and Andrew Lamprecht (Senior Lecturer, Michaelis School of Fine Art, UCT). As an art historian with expertise in African and Caribbean artistic, visual and ritual practices, Martinez-Ruiz will touch on some of the issues discussed by George Marcus as symptomatic of new approaches in anthropology. He suggested that the off-stage green room can be a metaphor for the increased dialogue across disciplines, particularly between anthropology and African art history. It symbolises a 21st-century experience of globalisation that focuses on site-specific performance art and ethnographic encounters. The talk will cover a global debate over Western representations of African and African diaspora art with special attention to issues such as the manner in which aesthetic concepts, museum politics, art display, colonialism, identity practices and nationalism intersect across a global diaspora.

Moderator: Moses Serubiri (independent curator – Uganda). Participants: Gabi Ngcobo (independent curator – South Africa), and Elise Atangana (independent curator – France/Cameroon). The growing practice of engaging curators ofAfrican descent in the creation of exhibitions of modern and contemporary art reflects an inclusive strategy on the part of institutions to embrace a broader, global vision. This institutional and curatorial turn has allowed greater accessibility and broadened an audience base for art appreciation. This approach has transformed the narrative space of exhibitions into a discursive space about the complexities of the human experience. Questions regarding definitions of contemporary African art will be discussed through the engagement of exhibition practice.

Tracy Murinik (art writer) in conversation with Candice Breitz (artist). They will consider the subversive potential of constructing narrative fictions, the power politics of narrative positioning, the tactics of cultural appropriation and the truthfulness of performance.

Andile Magengelele (independent curator). Participants: Burning Museum, Dear Ribane 113, I See A Different You. This is a panel discussion on the development and the role of artists’ collectives. The selected art collectives all maintain a special connection to contemporary art, yet their approach is cross-disciplinary and pan-approachable across media platforms of sound/performance/art/photography/digital art. Questions about access, dissemination and audience will be explored.

← Education x Lalela10 Things Not to Miss →
Do NOT follow this link or you will be banned from the site!