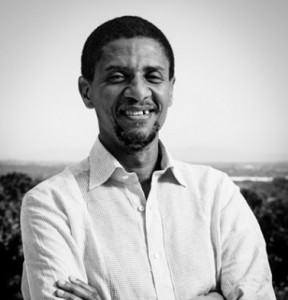 The highly successful Cape Town Art Fair (CTAF) is returning in February 2017. This fifth edition promises to be bigger and bolder in size and scope, exhibiting an extraordinary blend of top quality contemporary artworks from galleries in Africa and around the world. In keeping with its growth and positioning, the organisers have appointed a chief art curator - globally recognised, South African born curator, Tumelo Mosaka.

Mosaka is returning to the country after more than a decade to spearhead Cape Town Art Fair’s rise to prominence on the international art fair scene. Currently working as an independent curator in New York, he has had an illustrious career in the United States, with positions as Associate Curator of Exhibitions at the Brooklyn Museum and Contemporary Art Curator at the Krannert Art Museum in Champaign, Illinois.

Mosaka’s curatorial projects have explored global and transnational artistic production especially from Africa, the Caribbean and North America, examining themes such as racial injustice, migration, and identity, some of the most urgent social concerns of our time. His past exhibitions include Andrew Lyght: Full Circle at the Dorsky Art Museum (2016), described by the New York Times as “stunning” and “long overdue”; Poetics of Relation (2015) at the Perez Art Museum in Florida, and the 1st International Biennale of Contemporary Art (BIAC) (2014) in Martinique.

He is deeply committed to advancing the ways in which contemporary art stimulates and challenges our worldviews, making him highly capable of curating a programme that will engage Cape Town Art Fair’s local and international visitors. As Art Fair Curator, Mosaka will oversee the fair in its entirety, but his critical knowledge of art and the art world, will be especially apparent in Tomorrows/Today. This section of the fair is dedicated to solo presentations by emerging artists from Africa and its diaspora, all chosen by Mosaka. He will also be using his global network to further develop the already international scope of the Cultural Platforms section and Talks programme.

Mosaka commented, “It is an honour to be charged with steering the course of Cape Town Art Fair. With each year the fair has gained considerable momentum that has generated respect and prestige for the city of Cape Town as a major contemporary art destination. This is an exciting moment for art, not just in South Africa but globally, as we seek to expand the impact and importance of Cape Town Art Fair.”

The Art Fair has also appointed its Chief Operating Officer, Laura Vincenti, former project manager of Artissima and one of the key individuals behind the success of CTAF2016. Vincenti and Mosaka will work together to leverage their expertise and international network in taking the fair to the next level. The CTAF2017 edition is expected to reach a new high in contemporary fine art standards and performance.

“By providing a platform to showcase works by both established and emerging Pan-African and diasporic artists and exposing these artists to new local and international audiences and purchasers, Cape Town Art Fair has the ability to further a sustainable market for the arts on the continent,” explained Vincenti.

The 5th edition of Cape Town Art Fair will be held at the Cape Town International Convention Centre (CTICC) from the 17th to the 19th of February 2017. Produced by Fiera Milano Exhibitions Africa (FMEA) of the Fiera Milano Group, one of the world’s leading events companies and the creators of the critically-acclaimed Italian art fair MIART.

“With CTAF being the most important art event on the African continent, we want to consolidate our strategy to grow more and more internationally, ensuring that Cape Town Art Fair is one of the premier appointments on the world contemporary art calendar,” says Maria Chieppa, MD., Fiera Milano Exhibitions Africa.

← Dynamic Team to Drive Cape Town Art FairArtists who explore the urban environment feature in Tomorrows/Today 2017 →
Do NOT follow this link or you will be banned from the site!